Proud, but humbled.  Usually those two terms don’t coexist, but for me, finishing the inaugural Spartan Ultra Beast evoked both of those emotions. When I crossed the finish line almost 13 hours after I started, I was filled with a sense of accomplishment, but at the same time was humbled by the course, and even more so by some of the competitors.  This race was unlike any other.  Although, I had run in the inaugural Vermont Spartan Beast last year and had a general idea what it would be like, I still underestimated the cruelty of it.  The race started innocently enough as ultra racers and elite racers lined up for the start line…all eyes facing the picturesque mountains of Killington.  It was partly sunny and the temperature was on the rise.  However, those mountains quickly transformed from a state of serenity into a creature born from 100% mean!  The weather transformed from a beautiful autumn Vermont Day to a soul-crushing, stormy night atop the rugged mountain. 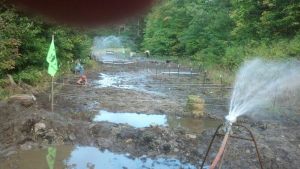 Many others who experienced this will agree with me that mere words cannot describe the difficulty of the course.  Take out the 60+ obstacles and the 28 mile route traversing up and down the mountain and it still would have been a downright difficult race.  Add in some absolutely torturous obstacles such as 2 enormously long crawls up the mountain under barbed wire and repeat them both and you have the makings of a rough event.  Throw in Tyrolean traverses across a pond, 2 sets of rope climbs, 60 pound sandbag carries a quarter mile up the mountain and back down (and then repeat all those obstacles) and the race becomes even harder.  Let’s not forget multiple series of climbing walls, hercules hoists, 90 pound cement block carries, a swim across the lake only to climb a ladder and then swing like a money across 5 hanging ropes to ring a bell.  Horizontal traverse walls and spear throws were a welcome break, but failure was accompanied by 30 burpees.  That was 120 burpees for me on those 2 obstacles alone….a bad day.  Oh yeah, there was nearly 12,000 feet of elevation gain and I didn’t mention that this was a mostly self-supported race meaning that racers had to carry their own water and nourishment.

But the terrain, oh that unforgiving Killington terrain.  No one will forget the ascent to the top of the mountain that went on and on and on.  Just when there was hope that the race course was levelling, it would twist and turn upwards again.  Near the top, I peaked out through the tree tops and think I saw Saint Peter peering out of the clouds from heaven.  He seemed to be gesturing for me to come on up.  It was inevitable that I would die on the course and since I was already so close to heaven it would save us both some time.  I ignored him.

The race wasn’t all pain and misery.  As with all of these races, there are absolutely some great people and I had the pleasure of running alongside a few of them throughout the course.  I was at the starting line with some of my best obstacle racing friends, Nathan & Mary Deaver, and James Horgan, but we separated quickly and I didn’t see them the rest of the race.  It was good to know that they and several other racing friends were out there somewhere, though.  Two specific people that I ran alongside stuck out in my memory.  Aracely Rodriguez and I kept passing each other for several miles during the second lap and I remember how pleasant it was to have such a nice and determined person to chat with.  She would later chide me for leaving her to fend for herself! Joe Nuara had completed lap 1 as part of a team, but was running solo the second lap.  I was completely impressed by his racing resume.  Before he ran off and left me, he told me that this race was more difficult than a 50 mile race he had done earlier in the year.  Wow! That says something about this course.  Like several other athletes out there that day, Joe was extraordinary and another reason why I was humbled.

There were many other incredible racers that were unable to complete the Ultra due to injury, unwillingness to put themselves through another round of torture, or because they missed cut-off times and were pulled from the course.  For those who had to leave the course unwillingly, my heart goes out to you.  There comes a point in a race like this that completion becomes the sole objective no matter how long it takes or what the cost.  Several of my racing friends would have finished the Ultra if given just a little more time.  You know who you are.

For those who were still on the course past 7:00, we were treated with an extra special dose of mountain cruelty.  The last and toughest 4 miles of the course consisted of that dreaded uphill trek off track through the woods and the muscle and bone punishing descent back down.  This time around it was accompanied with darkness, pouring rain, dropping temperatures, and 20 mph winds.  Treacherous is the only word to describe the descent and anyone who experienced it will not forget how incredibly challenging it was to make your way down steep inclines amidst a muddy, wet, rocky, and slushy “path”.  More about this and the other “stories” of the race in a future post.

This race is now my all-time favorite surpassing last year’s Vermont Beast.  It is not a race I would recommend to just anyone though.  This was 100% Spartan hardcore and anyone wanting this challenge in the future should come prepared to suffer.

What did Ultra finishers get?  This super bad medal that glows in the dark.  Yes, it glows in the dark!!!  Really!  That’s a picture of it glowing!  How awesome is that?!!  If you want to read more, check out my stories from the Ultra Beast. 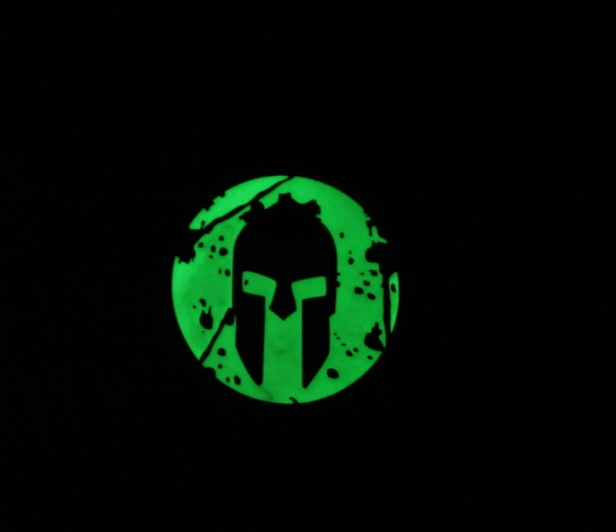