So how did a non-thrill seeking, 40 year old college professor find himself registered for a Spartan Beast race? It’s a lengthy story, so I’ll provide the long and short versions. I have no delusions that my life is all that interesting to others, but this post sets the foundation for the blog. 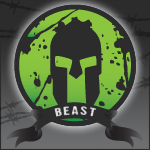 Almost 2 years ago, my wife and I began P90X and it changed my entire outlook on health, fitness, and nutrition. After several rounds of it, along with Insanity, and Asylum, I was ready for another challenge. I saw an ad for the Warrior Dash and gave it a shot. I don’t run…ever, but I felt that my workout routines probably prepared me well for it. I was right! I still don’t like running, but that was fun. Then I saw the Spartan site and it really, really intrigued me. Long story short, I signed up for the Beast in Killington and now I have lots and lots of seriou training to do to get ready for it…including running.

YOU MAY WANT TO STOP READING HERE

All my life I have been active to varying degress in athletics and sports. I have never been great at anything, but good enough to hold my own in most sports that I tried. After getting married, moving to a rural area, and having a child I soon found that I had slowly given up all forms of exercise. A routine health and wellness check at work gave me a swift quick to the pants. My cholesterol levels were borderline high and my body fat % was much higher than I found acceptable. I wasn’t going to tolerate that as it reaked of a lack of self-discipline. If there is one thing about me it is that I can discipline myself. So, I started exercising some at home and eating a little healthier. It didn’t take much to improve upon my diet of mountain dews, cheeseburgers, and simple carbohydrates! Shortly thereafter I tried P90X and the accompanying nutrition plan and was hooked. Two complete rounds of it, P90X+, Tony Horton one-on-one videos, some Insanity, and then Insanity Asylum and my entire outlook on health and fitness had changed.

Now to the part about obstacle running. I don’t run. I never have. I don’t like it. I don’t enjoy it. I don’t like how it inhibits lean muscle growth and the damage to the joints that it inflicts. I ran my first 5K last fall just to test my fitness level. I didn’t train for it at all and had never even run close to that distance before. As it turned out, I did pretty well….much better than expected. First in my age group, second overall. It was very, very small so don’t read too much into it. As far as I was concerned that was enough for me. Then I started seeing advertisements for a Warrior Dash. The obstacles peaked my curiousity. I thought about it for a couple of days and then late one night I signed up for the race in Logan, OH. Once again, I didn’t train by running. Thirty days of Insanity Asylum was my training. I had absolutely no idea how I would fare in this race, but had another surprising finish (241st out of nearly 10,000 on the Sunday race). The funny thing is that while running it, I told myself I would never do this again. Trudging up muddy hills as fast as I could go was not that fun to me. However, by the time I finished, I was ready to sign up for another one (and I did). My wife and others are joining me in this one and I’m hoping that she will like it enough to do another Spartan with me…….assuming that the Beast doesn’t kill me first.

This part of the story is almost finished, so hang in there. I saw that a Facebook friend (T.F., you know who you are) had run a Spartan Sprint. I started researching it and the challenge of that just blew me away. Because there are currently very few sites that it is run, the only race that worked for me was the Beast in Killington, VT. Once again, I thought about this for a few days and decided to go for it. I purchased the plane ticket first so that I wouldn’t back out of it. So, here we are. This is one monster that I knew in addition to my normal strength and cardio training that would I have to add some running. Remember that the 3.5 miles in the Warrior Dash is the farthest that I have run in my life up to this point.

Now you know the pre-story. Time to add to it.

2 thoughts on “Beginning of the Journey”